1. Frank Coletta, CEO at Mobile Advanced Care in Brazil, uses LinkedIn to research professionals before meeting with them. He finds that he uncovers important insights that he would have otherwise not known.

2. James Filbird in China gets 75% of his business from LinkedIn. He has found that the quality of information, people, and tools available on LinkedIn surpass all other social networking sites in terms of business. He is the owner of JMF International Trade Group in Shenzhen, Guangdong, China. 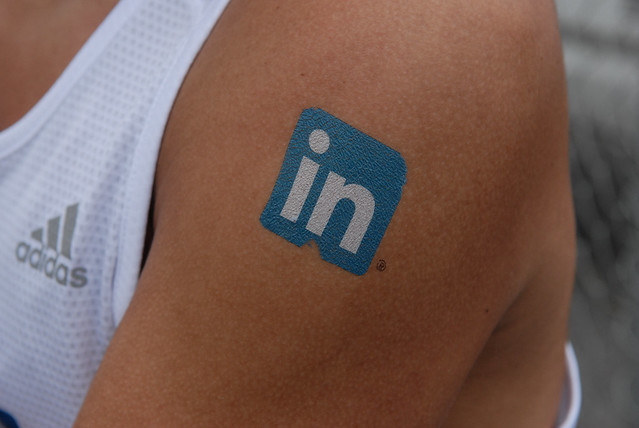 3. Evan stumbled upon his dream job on LinkedIn. For fun he did a random search for “Advertising Sales Director”. A position at TravelZoo was advertised, and  applying, interviewing, and receiving the job, Evan was able to get back into an industry he loves, mainly due to his LinkedIn profile.

4. After reading about an interesting company in a magazine, Liz Manning searched LinkedIn and found one of the company’s founders and sent him an InMail. At the time the company had no openings. About two months later, Liz saw an ad on Craigslist for an opening and the LinkedIn toolbar indicated that she was a 2nd degree link to the co-founder. She sent the con-founder another InMail, mentioning their common connection and within a day she had an interview and landed the job.

5. Steve Weinstein is the Manager of Marketing Communications at Cooper Power Systems. He landed this job because a recruiter from his current employer found him on LinkedIn. Steve interviewed and got the job due to LinkedIn. You never know who’s looking at your profile.

6. Chuck had recently relocated his family to North Carolina from California. In order to reach out to marketing professionals in his area he started using LinkedIn. He made a connection with the chief executive of iContact, an e-mail software company where Chuck is currently the corporate communications director.

7. Linked Group makes a difference for children in Bangalore, South India. An employee from Ernst & Young had visited a poverty stricken school in Bangalore and decided she wanted to do something to help. A LinkedIn group was created to foster a discussion on how to help. One member suggested creating a “Wish List” on Amazon. Members of the LinkedIn group then proceeded to buy books for the children.

8. David T. Stevens lost his job at a radio station and instead of wallowing he immediately went to LinkedIn. He changed his status to “I’m up for grabs, who wants me?” Awfully bold but it grabbed the attention of his connections. He was referred to the Chamber of Commerce Mountain View and within a week he had the job of chambers events and programs manager. His bio on LinkedIn also shows that he is a LinkedIn approved trainer, so he not only offers a success story, but you can learn upon visiting his profile.

9. Irish Software start up company Goshido used only LinkedIn to raise 230,000 dollars in eight days. They sent out 700 messages to potential investors, and garnered over 200 responses in a week. As found on LinkedIn Success Stories, Frank Hannigan, Chairman for Goshido said, “Attracting investment is all about trust, LinkedIn is the largest collection of trust agents on the planet. We reduced the cost and time involved in fundraising 75% by using LinkedIn as our funding vehicle.” Did I mention it was all done on LinkedIn?

10. LinkedIn Polls help members gather information. Of course. Are they worth it? Yes. LinkedIn member, Linda Chell Rooney used the Polls application to gather ideas for a tele-seminar series on issues pertaining to home construction and real estate. In less than a month, she received 100 responses and was able to promote her seminars gaining nearly 60 participants.

11. Buddy Media – Jeff Ragovin, VP of Sales and Business Development at Buddy Media, uses LinkedIn to reach out to clients. He has found success with quality not quantity. Although his company net worth is in the millions, he uses LinkedIn to find the right people to offer company proposals to. He would request invitations based on common connections to ensure a personal connection versus a simple cold call.

12. Hans Notenboom, Phillips’ Global Director of Online, uses LinkedIn as a platform to engage with their audience in the healthcare sector in innovative new ways. They use LinkedIn to bring thousands of conversations surrounding healthcare onto one platform.  There are over five million healthcare professionals on Linkedin from all over the world can share insights and experiences in an environment where Phillips’ can facilitate without being obtrusive. This way the information stays focused and delivers to the desired audience. They wanted to create an environment on LinkedIn that would be useful for members. They are still in their early stages but have seen a great level of engagement. They created an “Innovations in Health” LinkedIn group, to move engagement off the website. Although it’s still early, they have seen a great level of engagement among the group’s 11,000 plus members.

13. Mike Mcsharry is the Managing Director at Systems and Education Ltd, and he found his best man on LinkedIn. He had lost touch with the best man at his wedding over 25 years ago. When planning a twenty-fifth anniversary for his wife he decided to join LinkedIn to aid in a web search. A few days after joining the network a mutual friend re-connected the two on LinkedIn.

14. Marc Rousseau, Web Communications and Social Media Consultant is located in Cambodia, where LinkedIn and other social networks are M.I.A. He’s using LinkedIn to create introductory training courses for entrepreneurs and businesses. They have brought them closer to realizing that social media creates more opportunities for international business. In addition, he teaches them how LinkedIn is pivotal in expanding networking opportunities. He also uses apps like ‘Box’ and blog integration to share information and/or campaigns.

15. Ricky Potts is a busy man. He is an owner of Open Book Design, Content Specialist IMAVEx and is the special coordinator and staff writer at IndyConcerts.com. He has found success using LinkedIn by networking. He also tracks the books he has read and still wants to read. LinkedIn allows him to show his blog and put his entire “online” resume on one platform. With over 300 hundred connections, Ricky has found success while using LinkedIn.

16. The Weather Channel recently closed a deal to acquire sites Lakerentals.com and Coastrentals.com. How? They were contacted by the people behind Lake Rentals and Coast Rentals via Inmail on LinkedIn. The opportunity was made aware by having the profile visible on LinkedIn. The tag-line “LinkedIn makes professional connections visible” rings true. It makes companies visible thus creating unforeseen opportunities.

17. Daniel Tunkelang, Chief Scientist at Endeca, found success on LinkedIn with the search feature. He helped organize and call people who had a strong interest in the topics for the event. After conducting a search on LinkedIn, he chose 100 people to send a personalized connection request. He found more than 50% of those people accepted the connection. In addition, he found that some of these connections submitted papers to the workshop, one volunteered to review the book he had been working on and others expressed their thankfulness in finding a connection based on their targeted interests.

18. Schawk! is a company with thousands of employees located in Des Plaines, IL. It found success by using LinkedIn Recruiter to fill a variety of positions. Schawk decided to use LinkedIn to create a stronger online presence and built a Schawk Career Page. The page is used in conjunction with their LinkedIn group. It has helped build a talent pool so when an opening occurs they have qualified talent lined up.  The combination of LinkedIn Recruiter, Career Page, and LinkedIn Group had a significant impact on their hiring efforts. They’ve saved $200K on searches, which were all done in a time-efficient way.

19. Stan Relihan interviewed on Cameron Reilly’s ‘G’Day World’ show on Podcast Network, on the subject of ‘Using LinkedIn as a Business Tool’. During the interview he was given a challenge: use the LinkedIn Netwrok  to find the most impressive Celebrity Guest to appear on his show. As a result, he found Vint Cerf, (co-inventor of the Internet & Chief Internet Evangelist at Google) to appear as a guest. Due to making connections and others’ willingness to introduce connections, Stan now has his own weekly Podcast show. Without LinkedIn, none of this would have happened.

20. Ismael Ghalimi has an interesting story on how he found success on LinkedIn. He was getting married with guests flying in from all around the world. Since he frequently used United, he recommended his guests do the same. Unfortunately, the flight the guests needed had been over-booked. United had sent a piece of mail notifying them that their flight reservation had been moved. However, this change would make his guests miss the connecting flight and therefore miss the wedding. Instead of getting angry he went to LinkedIn. He typed in “United” in the search field, narrowed down the search to locate the general manager for United Air Lines France (where his guests were visiting from). He used an Introduction through a connection and got in touch with the manger to explain the situation in a cordial email exchange. What came from this email conversation was all reservations being moved back to the direct flight, offered free return tickets to Paris, a personal email to inform Ismael that the flight had a 15 minute delay and had champagne waiting for the guests upon arrival.

LinkedIn can do more than find you a job – it connects you to right people at the right time.

Kyle Lacy writes a regular blog at KyleLacy.com and is founder and CEO of Brandswag, a social media strategy and training company. His blog has been featured on Wall Street Journal’s website and Read Write Web’s daily blog journal. Recently, Kyle was voted as one of the top 150 social media blogs in the world (on two websites), and produces regular keynote speeches across the Midwest. He also just finished writing Twitter Marketing for Dummies by Wiley Publishing