I think it’s safe by now to say that social media is here to stay. It’s not a fad anymore. In fact, to many in the industry, social media is the gateway to a future of seamless social communications that will (get ready for it) re-humanize the Internet. If you take a look back at the evolution of social media, you can see that it’s not about specific websites or applications that social media live within but rather innovations that move the socialization of the internet forward. It started with sharing services like Napster, and then custom AIM/AOL profiles, blogs, MySpace, etc. 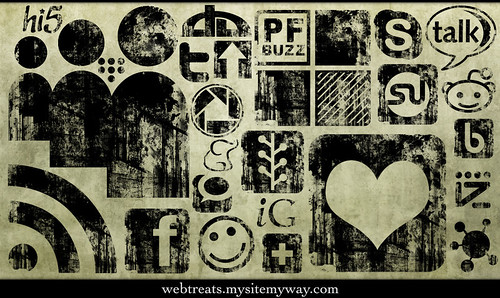 Social media will be incorporated into much of our daily lives – mainly due to the growing popularity of smart phone devices, but even those will be different from what they are now. As the socialization of technology evolves, it will be less efficient to measure the reach and influence of your personal brand through factors like Twitter followers, Facebook friends, LinkedIn connections, etc. So when it comes to bulking up your online influence, don’t get caught up in numbers, because numbers won’t matter as much anymore. Looking at today’s major social media drivers, there are some key goals that the brand-conscious should consider.

Having a large number of LinkedIn connections is great, but that doesn’t mean a whole lot, and in the future it will mean even less. Strong recommendations and reliable connections are what will give your personal brand strength.

Between 2009 and 2010 the growth of Twitter was crazy. Everyone was following everyone, because they wanted more followers themselves. There is so much clutter on Twitter now, that visibility is even harder. In the future having a large following won’t be as valuable as having content that people are actually reading and sharing.

Many brands go into Facebook with one objective: fans fans fans. Fans are great, and they’re important to the lifeblood of your Facebook page. But at the end of the day it’s better to have a smaller number of highly engaged fans than a large number of dormant fans.

David Trahan is a Strategist at leading social marketing agency Mr Youth in New York, which was named one of the Top 10 Most Innovative Marketing Companies in the World by Fast Company Magazine. At Mr Youth David works with Fortune 500 companies to create innovative marketing and business strategies to reach modern consumers, or as he has learned to call them, Consumer 2.0. He previously held positions with the Ad Council, Goldman Sachs and the Federal Reserve. David currently serves on the AD Club of New York Young Professionals Steering Committee and is an Alumni Mentor to undergraduate students at Pace University. David prides himself by living his life with one mantra, “Everything happens for a reason, but you’re the one who makes it happen”. Connect with him on LinkedIn and Twitter or read his blog posts at GrownUpThinking.