3 People Who Never Belong In A Brainstorm Room

“OK, everybody. Come on into the brainstorm room/conference room and let’s talk about (Insert Initiative Here). We’re going to need to generate some ideas.” 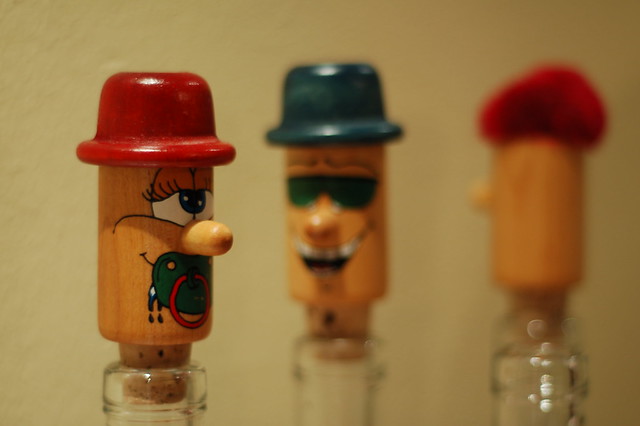 Whoa, whoa, whoa. Let’s take that a step back. As it turns out, the process of cultivating ideas isn’t for everybody. It’s not an automatic right based on title. I think what we forget about brainstorms is that we’re so focused on getting to the quality of the idea that we forget that in getting there, there needs to be quantity (this is a separate post in itself). The minute you brainstorm, you’re turning on a faucet at one speed: Fast. When you have these 3 types of people in the room, you’ll slow the pace to a trickle, if not shut it off completely. Let’s meet them, shall we?

The problem with Negative Nancy is that her presence is like tossing a grenade into the room. Her motivation for saying “no” is in all likelihood the fact that she has no or very few original ideas of her own but she wants to appear relevant to others. It’s not about her title, it’s about a deeper issue. “No” is her insecurity talking. It’s not that she isn’t necessarily a valuable employee, it’s just that brainstorming isn’t her forte. So all you’re doing by having her in the room is inviting the rejection of ideas like Dwight Howard swatting away a basketball. Ideas? Not in your house. Negative Nancy will not only shut down the idea presented but the ensuing effect of her presence will be to shut down a steady stream of ideas.

The “we tried that before” is a particular feature of this person I take issue with because there are many variables that may have worked poorly before that can be corrected now. Maybe it wasn’t the right time or place before. Maybe the idea before didn’t have the right audience to accept it. Maybe the idea before just wasn’t that creative compared to its better looking sibling idea now.

“Well, if we were to do that, how exactly would that work?”

That’s not important right now. Really. You’re putting the brakes on a phase that is geared to be purely conceptual. And when you do that, the brainstorming process goes from 120 mph to 20 mph and declining fast. It’s amazing how quickly the wind changes in the room. Dwelling on the “how’s it going to actually work” is important at a later point. When? When the brainstorm is pretty much over and you have a collection of concepts, scribbles, ideas, seeds, etc. to study more closely for deeper evaluation.

“Well, I can’t relate to that idea in my own life so it must not be relevant.”

Mel probably isn’t trying to appear this self-centered, he just doesn’t know how to step outside of his own skin to identify what the true audience is facing in their lives. It’s not about YOU. The chances of someone in the brainstorming room actually matching the profile of the audience you’re trying to target is rare. So if you’re a 40-something female in middle management who lives in the western suburbs of Chicago who drives a Mercedes, you need to have more of an open mind if your audience is a 20-something who graduated a couple years ago, unmarried and lives in L.A. The behaviors, tastes and preferences are not going to be the same. And even if you are, no offense, but you’re just one person.

“Oh, horse crud. I think I’m one of these 3 people. Should I not be brainstorming?”

Not yet and don’t despair. There’s an easy way to right the ship. It just requires some self-discipline on your part. When someone comes up with an idea, let it get out there without immediate judgment. Yes, the idea may be stupid, but everyone has them. Stupid ideas can be great springboards to better ideas. You don’t know what small seed of something good may lie within that thought. And if it’s truly that awful, trust the judgment of others in the room to let it pass like a ship in the night. Remember, you still have the phase after the brainstorming is over to reserve judgment on ideas – just not right there in the moment. If you can train yourself to think positively and concentrate on keeping the flow of concepts going without shutting them down, overthinking or asking yourself What Would I Do, I think you’ll be on the path to being a valuable asset that others will enjoy inviting into the brainstorm room every time.

Final thought – if the person who meets one of these criteria above is a manager that you can’t tell to sit it out, all is not lost. What I like to do in these situations is have a designated person announce some brief ground rules (“no bad ideas”) of no more than 2 minutes long EVERY time you brainstorm just to reinforce what should and shouldn’t be said. You’ll better your chances of ensuring the faucet of ideas flows mightily rather than trickles to a few drips.