A 16-Year-Old Entrepreneur Tells Us How to Make eMillions

Today, I spoke with Stanley Tang, who is a 16-year-old rockstar entrepreneur.  He makes me wish I knew this personal branding stuff ten years ago.  Stanley is very ambitious and has earned a lot of respect for a young Gen-Y’er.  To be able to interview millionaire players for a book isn’t something most high schools students get involved with.  The interview below will inspire you to drop age and to pickup drive, to accomplish your dreams.

Stanley, what got you started in internet marketing?

I first got into this whole concept of business when I picked up the book Rich Dad Poor Dad in 2005. That was when I first got interested and inspired, so I began to do more research on the internet. Then one day in 2006, I received a “spam” email in my inbox which said something like “How to make money online without spending a single dime” I opened it and it was basically a series of screen-capture videos going through the whole concept of Google Adsense. That was how I got into internet marketing.

What obstacles have you faced as a 15-year-old marketer living in Hong Kong? 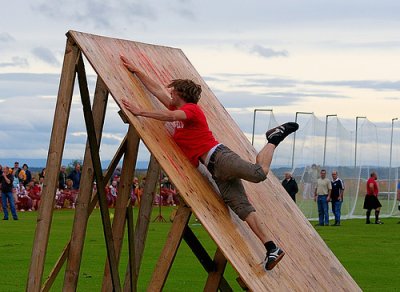 Your book has done quite well.  What book marketing strategies have you employed to make it so successful?

Thanks. So far, I’ve been trying to build up some buzz during the prelaunch phase by letting my subscribers and readers know about it via my email list and my blogs. I’ve created a specific blog over at emillionsblog.com which actually documents the exact steps I take to try and turn my book into a bestseller (sort of like a behind-the-scenes look at a bestselling book in the making). So the blog itself has already attracted a lot of attention.

I’ve also got in touch with the local press and media here in Hong Kong, trying to get interviews with those journalists. In fact, I recently got on to the frontpage of AppleDaily, which is the second largest newspaper in Hong Kong, so that brought me tons of exposure and buzz. I believe that the key to any buzz campaign is that you’ve got to have a story. In this case, it was a 15 year-old entrepreneur interviewing a bunch of internet millionaires and trying to inspire others and make a difference.

Can you talk about ShoeMoney’s success story and how

people can model it?

Jeremy Schoemaker is a great role model when it comes to internet marketing. He was one of those people who never gave up and never settled for less. He was able to go from the corporate day job to unemployment then to internet millionaire status in less than 5 years which is absolutely incredible. You can read the interview I conducted with Shoemoney over at emillionsblog.com/interview-with-shoemoney-part-1.

Where do you see yourself going in the future, aside from making six figures and above?  What lasting presence do you want to leave on the world?

I definitely see myself doing bigger things and doing more than just internet marketing and creating information products. My dream is to hopefully one day be able to create a new technology start-up somewhere in Silicon Valley, create something of value and take it to a multi-billion dollar level, something like Google, Amazon, Apple etc. I feel right now it’s still too early to ask the question what presence I want to leave, but I definitely want to leave with some sort of impact and make a difference.

Stanley Tang is a 16-year-old entrepreneur, author and student from Hong Kong. He’s not a millionaire yet but he does expect to make a comfortable income online through things like information marketing, affiliate marketing and list building.  By July 2006, he made his first $100 and first $1000 by January 2007. Between January 2007 and December 2007, my “business” generated over 5-figures in sales (not bad for a 14 year old). And currently it’s on track to do 6-figures by the end of 2008. His current venture is his book
eMillions: Behind-The-Scenes Stories of 14 Successful Internet Millionaires.