A Lesson From Mulberry Street

So when you say, “I am going to do some networking” you are saying in essence “I am trying to meet someone new.” 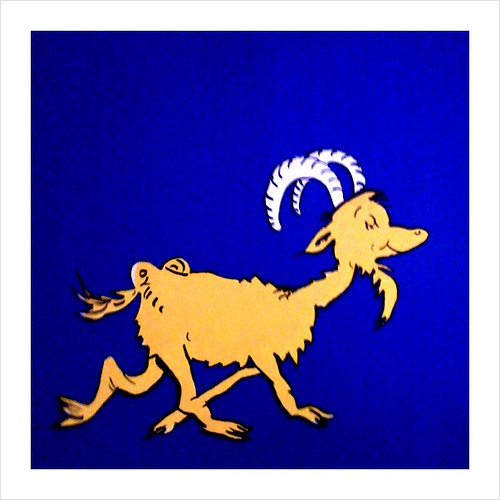 There is nothing inherently flawed with this logic. Most articles and books on the topic of networking almost exclusively focus on the art or science of meeting these new people and making them productive feeders of opportunities.

While there is nothing wrong with this logic, it is shortsighted. What about your insurance agent? What about your high school friend or college roommate? What about the guys at the gym? Focusing exclusively on making new contacts ignores those individuals who you already know – a powerful and vital segment of your network.

Those you know are special people

The truth of the matter is that whether you are 9, 90, or some point in between, you already know more people than you will meet in the next year.

What is so special about people you already know? Simple. If you already know them, then they presumably know you. And if they know you, then it is not too much of a stretch to assume that they also like you and trust you.

The very foundation of networking

And if you know anything about networking, you know that the trifecta of “know, like and trust” is what it is all about. These three things make up the very foundation upon which a productive networking relationship is built.

Thus, reconnecting with people you already know can be an effective networking strategy. It can jump start a sputtering network or send a productive network into overdrive.

Consider Theodore Geisel, better known by the pseudonym Dr. Seuss. It was a simple reconnection with an old friend that launched him into becoming one of the most beloved children’s authors of the twentieth century.

In the summer of 1936, Seuss decided to get serious about his writing career. Seuss had an interest in doing some lighthearted writing for children, an interest that dated back to his days on the staff of a humor magazine at Dartmouth College.

From interest to vocation

In short order, Seuss easily completed his first book, And To Think That I Saw It On Mulberry Street. Getting it published was a different matter, however.

Upon receiving word of his 27th rejection, Seuss headed home to stage a ceremonial burning of the now tattered manuscript. As he grimly walked along Madison Avenue he met up with an old friend from Dartmouth, Mike McClintock – someone with whom Seuss shared a mutual “know, like, and trust.”

Seuss glumly shared his woes. McClintock simply smiled, however. He was not taking delight in his classmate’s failings. Rather, three hours earlier McClintock had become juvenile editor of Vanguard Press. Within 30 minutes, he got Vanguard Press to commit to publish Seuss’ work, which launched the Dr. Seuss legend.

The power of the reconnection

There is certainly enormous power in reconnecting with those we already know. As such, you need to make every effort to re-establishing relationships by reconnecting with colleagues on the telephone, via e-mail or through social media.

You may not become the next favorite children’s bedtime author because of it, but something good will come from the experience. And to think, people told Seuss that Mulberry Street had no sort of moral to help us become better citizens.