Home › Personal Branding › A Rock In The Sandbox

A Rock In The Sandbox

One sunny afternoon, a young boy was busying himself playing in his sandbox. In addition to his own two hands, he had an assortment of trucks, a large plastic pail, and a shiny, red shovel.

As he created imaginary roads, hills and tunnels in the soft sand, he encountered a large rock deep within the sand box. Committed to the task, the boy began digging around the rock, eventually dislodging it from the mix of sand and dirt. With all his strength, the small boy pushed, pulled and nudged the relatively large rock across the sandbox using all tiny might. 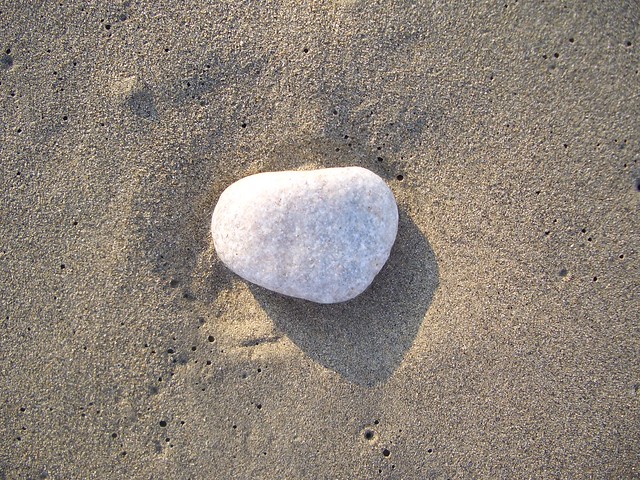 Do all you can to use all your strength

Finally, the boy got the rock to the edge of the sandbox. Once there, however, he found that he had trouble rolling it up and over the sandbox wall. Determined, the boy grunted and groaned … he shoved and pushed … and he heaved and he hoed.

Even when he pried with all his might, however, he met with failure. It seemed that every time he thought he had made some progress, the seemingly massive rock would fall back into the sandbox. Finally, in utter frustration, he burst into tears.

Do not allow frustration to defeat you

As the intended excavation unfolded, the boy’s father watched through a window inside the house. At the moment the boy’s tears began to fall, the father left the house and walked towards his son, casting a large shadow across the boy and the sandbox.

In a firm but gentle manner, the father inquired, “Son, why didn’t you use all the strength that you had available?”

The boy replied back through sniffles and tear, “But I did. I did, Daddy. I used all the strength that I had! I used my hands and feet … and I used my arms and legs.”

Your greatest strength is reaching out to others

With that, the father reached down, picked up the rock, and removed it from the sandbox in one powerful motion.

The moral is that from time to time we all have problems. Some we can conquer on our own. Some we cannot. For those we cannot, however, unless we are tapping into our network to get help, we are not doing all we can.