With the presidential inauguration only a few days away, we’re about to see how good Barack Obama’s personal brand name really is. Why wait? Here’s a preview. 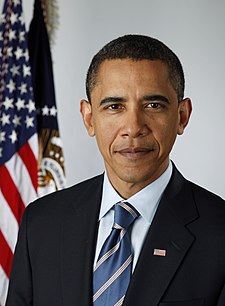 My full name is Jacob Share. That’s it. No middle name, no first initial for a name I don’t like, just Jacob Share. Nevertheless, a few people have already asked me “is that your real name?”

It’s been suggested to me that I’m using “Jacob Share” as a pseudonym because I’ve been on the Internet since 1994, and I wanted to capitalize on the word “share” as a result of the social media explosion we call Web 2.0 (where everyone’s sharing with everyone else).

Truthfully, it’s not a bad name to have, but why would I make up my own name?

Although “Jacob Share” truly is my birth name, there actually *are* solid reasons to have made it up.

How my personal name has helped brand me

Together, all these factors mean one thing: with all the messages that it conveys, my name helps get me positive attention, which is the whole point of a good personal brand.

But there’s someone whose personal brand name is even better.

Once you get past all the “is he or isn’t he Muslim” talk, you’ll see that President-elect Barack Obama has a terrific name for projecting goodwill on a global scale.

Barack means ‘lightning’ in Hebrew and is a fairly common male Israeli first name, leading to an instant rapport with Israelis and many Jews. However, the real root of the name comes from Swahili and Arabic for “blessed”, leading to another rapport with Arabs and some Africans.

Hussein is a popular name in Shiite Muslim culture coming from the grandson of Mohammed, Hussein ibn Ali. This creates an instant connection with many Muslims.

Obama means “crooked, slightly bending”. Although not really positive or negative, coming from the African Dholuo language makes this name resonate with Africans.

Junior or II – this is great – either of these can be used when most appropriate. The use of Jr. is very American, so Obama can use the Jr. when he wants to emphasize his Americanness. But since a ‘Junior’ means there was a ‘Senior’, a ‘II’ (i.e. Obama the Second) can be used to describe Obama in cultures that have a history of monarchy such as in Europe, making Obama look almost regal for them and very fitting as the head of a nation.

Half the world can relate to Obama through his name alone. For a person who has been branded as a bridge-builder, this is an amazing tool to have.

Next Friday I’ll discuss what you can do to improve your own personal brand name.