Home › Personal Branding › Be Defiantly Who You Are!

Be Defiantly Who You Are!

Posted on September 2, 2011 by Patrick Schwerdtfeger 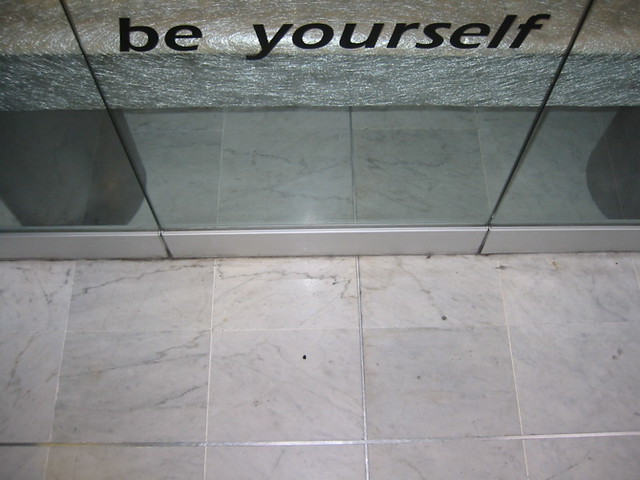 A past client recently called me to get advice for his LinkedIn profile. He had been an organizer for the Prop 8 campaign in the 2008 election. Prop 8 was an initiative in California that bans same-sex marriages. In other words, this guy was against gay marriage. He expressed reluctance in detailing his involvement in the campaign for fear of offending his connections on LinkedIn.

Now, just to be clear, I am not expressing any opinion, either for or against, gay marriage. I grew up in Canada which is much more liberal on those types of issues. Do I have an opinion on gay marriage myself? Yes, I do. But it doesn’t add to the objective of this post, nor does it relate to my own online brand, so I’ll leave it out. I have plenty of other opinions in my field of expertise, believe me, and I share them when given the opportunity.

What was my response to my client? Absolutely!

Look at politics. During every election cycle, all the marketing and advertising is designed to do one of two things: sway “undecided” voters or energize the base. Democrats don’t try to win over Republicans and Republicans don’t try to win over Democrats. It’s pointless. Decided voters are decided voters. They have their opinions and they’ll stick with them. So the only people left are those who remain undecided. They’re the only ones left to sway. As for energizing the base, that’s about getting Democrats excited about being Democrats, or getting Republicans excited about being Republicans, increasing the odds that they’ll actually place their vote on Election Day.

Bringing the two examples together, by describing his involvement in the Prop 8 campaign, my client isn’t going to sway many undecided voters but he will certainly energize his base. The people who like him already will now love him for his values and his courage. And as it has turned out, that is precisely what has happened. He gets more business from his LinkedIn profile than anyone else I know. Better yet, the people who call him agree 100% with his opinions.

Birds of a feather flock together.

By being public about his political values, he is attracting others who feel the same way and who respect him for actively supporting the cause. You can do the same thing. Take a few moments to think about your opinions, not just politically but also within your industry. Do you have any strong opinions to share? If so, I suggest you take the plunge and share those opinions in the public domain.

Be defiant. Identify your positions on relevant topics and stake your claim. Over time, you will build your audience with loyal and like-minded colleagues and customers.

Patrick Schwerdtfeger is the author of Marketing Shortcuts for the Self-Employed (2011, Wiley) and a regular keynote speaker for Bloomberg TV. He has spoken about modern entrepreneurship and the social media revolution at conferences and conventions around the world.