Home › Brand Yourself As › Branding the Cast of Jersey Shore

Branding the Cast of Jersey Shore

What started off as a guilty pleasure has now grown in to a cultural phenomenon. Whether its influence on our culture is positive or negative is still to be determined; however, I must admit that MTV and the cast of Jersey Shore have done a pretty damn good job branding not only the show, but more importantly the characters.

Unfortunately for America and the rest of the world, the fist-pumping antics of this cast have begun their invasion of our culture. For some it’s a fun way to poke fun at pop culture; for others it’s a way to be part of pop culture; and for the rest of us, it’s just something that we hope will go away if we ignore it for long enough. Either way, there are some great branding observations to be made from this show. 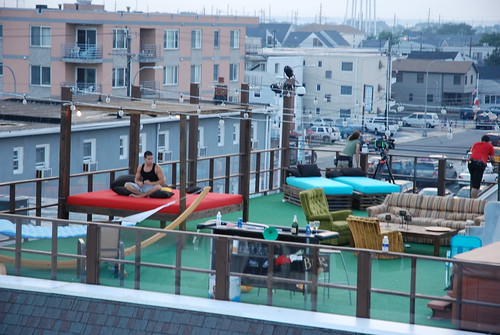 Snookie, The Situation, Pauly D, and JWoww. Among all of the characters these are the ones that I “admire” the most, because they’ve created brands out of their Jersey Shore nicknames. Each one has a particular archetype that they embody 24-7. When they get cheesy they own it. When they get copied they thrive off of it. They’ve taken their brands and ran with them, and for them it’s paid off well.

Snookie is the best thing that ever happened to the “bump-it.” She not only created her brand, but brought outside elements into her brand identity and created an association with them.

The Situation’s abs have probably directly increased the number of gym memberships in the country. What was once property of Fabio and Mario Lopez now belongs to The Situation.

JWoww took the more cluttered route by designing clothing modeled after some of her now infamous club tops. I have a feeling her designs are going to show up more in season 2.

Gym, tan, laundry (GTL). Oh my gawd. Getting’ played. Waaa! These, along with others, are some of the “iconic” phrases from Jersey Shore that have infected the vocabulary of many of my friends and Facebook connections. It’s pretty impressive to see how many phrases these Guidos and Guidettes have coined and popularized.

David Trahan is a Strategist at leading social marketing agency Mr Youth in New York, which was named one of the Top 10 Most Innovative Marketing Companies in the World by Fast Company Magazine. He currently serves on the board of the AD Club of New York Young Professionals and is an Alumni Mentor at Pace University. Connect with him on LinkedIn and Twitter or read his blog posts at GrownUpThinking.