Emails as a Branding Trap

Have you ever fired off an email then wanted to cut off your “send” finger? I’d be down to 10 stubs on my hands, if so, and I’m not alone.

Louis has just done significant damage to his personal brand by firing off an email too quickly. He’s a member of an international team from 7 countries that I’m coaching that needs to make fast decisions with imperfect information about running their division without the benefit of seeing one another. 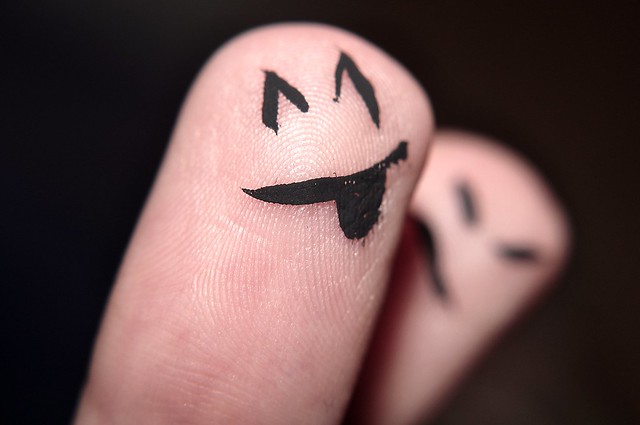 Enabling your brand to vanish…quickly

Emails are a constant form of communication with this virtual group, as is every other form of technology, but let’s just focus on the emails for a minute. Louis was angry about the outcome of a marketing decision that the group had made…their competition had trounced them. Of course, everyone else was feeling the same way.

Louis, however, fired off an email to the whole group berating them, proving that he had offered the correct advice by quoting some of his earlier emails, and claiming that results would have been totally different if they’d just listened to him. What did he just do to his personal brand?

The whole group jumped on him. “How dare you be so self righteous,” was the sentiment. “If you have a complaint, there are 30 ways to handle it effectively, and you haven’t used one of them!” Louis was toast in the group. An email was the toaster.

Granted, we can be equally irrational face-to-face, but email communications are proving to have a different tone than our live communications. We react too quickly, are too brusque, include too many people, and create unintended consequences with points we think are perfectly clear but that don’t translate well at the other end.

What happens as a result? That personal brand as a trustworthy, accomplished performer that you’ve been working hard to build for years has just been lost or seriously undermined…quickly. As Larry Weber, global PR guru in social media, points out in his latest book, Sticks & Stones, “digital [business] reputations are created over time and lost in a click.” Heads up.

Digging out of virtual holes

How is Louis digging out of the hole that he created with his team? First of all, he’s “taking the fight outside of the bar,” i.e. he’s set up a one-to-one video Skype (i.e. visual communication) with the person that he attacked the most directly.

His tone is going to be completely different in this conversation, apologizing first, then pointing out what they have in common, then laying a path for the future, drawing out his team member to do a lot of the talking. He’s starting to re-build trust.

Secondly, he’s going to become an “active listener” in the group instead of trying to ram through all of his ideas. Yes, he has more experience than the others do in production, but if he doesn’t mentor and grow them, all will fail together. He’ll reinforce and credit them in front of the group when they’ve made helpful contributions. He’s re-building trust with the group as well.

Growing your brand during conflict

Two ways to grow your brand during conflict rather than digging holes:

Funny, phones used to be considered impersonal. “Talk to the person face to face instead” used to be the mantra. Our “global village” doesn’t allow that opportunity to exist as often, however.

Phones are now more personal than emails and, as Martha Stewart can testify, they leave no trace. Talking to the person with whom you have a difference can resolve problems much more effectively right then than a string of emails that can be forwarded and hit many targets. Skype even makes it cheap.

Using the phone and the save button instead of rapid-response emails not only can preserve the brand that you’ve worked so hard to build, it can also preserve all 10 of your fingers.

Pam Lassiter is author of the award winning The New Job Security and Principal of Lassiter Consulting, a career coaching firm doing outplacement or internal growth programs for companies and individuals.﻿

Pam Lassiter is author of the award winning The New Job Security and Principal of Lassiter Consulting, a career coaching firm doing outplacement or internal growth programs for companies and individuals