‘Liar, Liar, Pants On Fire’ Résumés Can ‘Burn’ You! 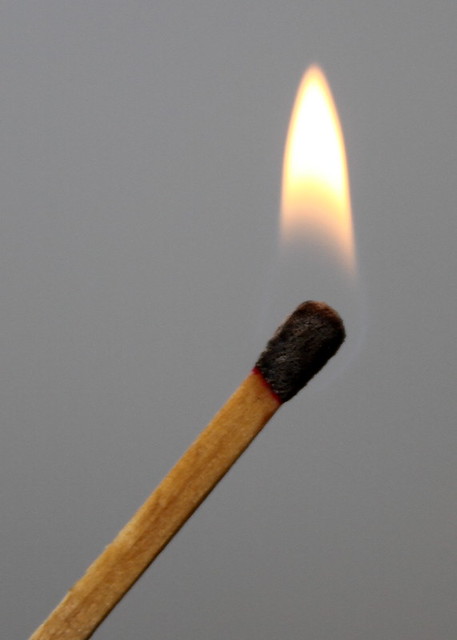 Is it ever a good idea to outright lie on your résumé, or even to significantly “fudge” the truth regarding your work history and/or accomplishments and achievements? The short answer to this question is “No!” because it can definitely come back to “burn” you! Nonetheless, this is a moral dilemma many job seekers wrestle with today as illustrated in the following email I received recently:

“Skip, I had a conversation with a friend today over lunch which has me a bit unnerved, and I am hoping you will give me your expert opinion…It has to do with job history.

I have always thought ‘honesty is the best policy’ and I list everywhere I’ve worked as it demonstrates valuable experience I’ve gained. However I was out with a friend this afternoon (who is a bank officer at one of the larger banks here), and she told me NOT to list everything because it makes me look like a ‘job hopper.’

The truth is–and my friend knows this–I have NOT been a job hopper. Like the woman who continues to pick the wrong guy, I somehow keep picking the wrong employer (lol!). I was laid-off three times in a row, once with a “dot-com” that lost its funding, and twice due to re-orgs…These job losses were clearly not my fault! My friend told me that her organization’s policy is that, ‘While we know the economy is tough, and people are losing their jobs through no fault of their own, if you show you have been laid-off, you go immediately into the ‘no’ pile.

What? Really?! Is that true?? My friend went onto tell me to ‘lie,’ she advised me to ‘lose’ the positions I was laid-off from and explain away those periods as being unemployed raising children and working on my education (both are not untrue).

I was unnerved by her advice. So here is my question….Is she right, or is her company’s policy uncommon to the rest of the world?

I have been feeling so high developing a plan through the good advice you and David Perry have given me in your books (“Headhunter” Hiring Secrets and Guerrilla Marketing for Job Hunters 3.0), thinking I am doing all the “right things”, and now I feel like Chicken Little…please get me back on track.

Here is how I responded to her:

To a degree, both of you are right. As I repeatedly point out in ‘Headhunter’ Hiring Secrets, as well as in a number of other forums, contrary to popular belief, companies today aren’t looking for ways to include applicants in their job candidate ‘pools.’ Rather, they are looking for something—anything!—they can use to exclude applicants from the pool—and do so as quickly and as efficiently as possible!

Until a short list of semi-finalists is developed, the entire hiring process is a game of exclusion, especially when some single positions advertised today can receive as many as 50,000 applications! That means companies must have some type of screening criteria in place just to handle the volume of applications. Your friend’s company is obviously using the filter of ‘laid-off,’ or the ‘appearance’ of being a ‘job-hopper, as reasons to exclude applicants from further consideration.

However, no matter what, it is critical that one take the completely honest and transparent approach when addressing their work history, education, accomplishments and achievements. Remember, you are building the brand ‘you’ and what you stand for.

So let’s get back to your friend. They are right in that excluding the positions from your resume may get you in the door…initially. What they may not realize is what their HR department is doing behind the scenes. You see, with the proliferation of “resume factories” and ‘credential creep,’ companies are conducting the most rigorous background checks ever. (‘Resume factories’ are businesses that will create totally false résumé for someone; ‘credential creep’ is the exaggeration of titles, duties and responsibilities, and accomplishments and achievements on one’s resume.) In fact, one company recently told me that they assume that 80% of the résumés they receive have false and misleading information in them. And what is most interesting is that your friend, who works in banking industry, is in an industry where the background checks are now the most in-depth and rigorous of them all.”

Now before we proceed, I want to mention that there are two time periods in regard to your work history:

So what do you do when, through no fault of your own, you have some “spotty” work history?

Rarely does the end justify the means, and that’s particularly true when it comes to the issue of submitting a falsified or inflated résumé, in an attempt to land a new job. Remember, the brand that is you takes literally years to build and perfect, yet it can take only a very short time to completely destroy your brand. Don’t you fall into the trap of preparing a “liar, liar, pants on fire” résumé in hopes of gaining an edge on other job seekers. It can—and very likely will!—only come back to “burn” you!

Tagged with: How your resume brands you
Posted in Personal Branding
Content Partners