Today, I spoke to Nancy Ancowitz, who is the author of Self-Promotion for Introverts®: The Quiet Guide to Getting Ahead and a business communication coach specializing in career advancement and presentation skills.  In this interview, Nancy explains what the advantages and disadvantages of being introverted are, gives self-promotion tips for introverts, shares some advice from Bill Clinton and Warren Buffet and more!

When it comes to job searching, are introverts at a disadvantage?

Introverts have at least as many advantages as disadvantages in the job search arena. So for each disadvantage I’ll mention, I’ll counter it with an advantage.

Disadvantage: We’re not big schmoozers. Since we’re energized by quiet time rather than people time, we’re less inclined to work the room at social events. By meeting fewer people, we may gain access to fewer opportunities.

Advantage: Since we prefer conversations with one person at time, if we choose carefully who we speak with and ask to get introduced to, we can land some great leads. Since we’re often good writers, we can also rely more on online social networking to establish initial contacts.

Disadvantage: Introverts like to think things over before we take action (or speak). So we could lose opportunities while we’re pondering and our more action oriented colleagues race ahead.
Advantage: We’re sharpshooters once we’ve done our homework and we’ve thought things through to target our prospects with information and ideas they’ll value.

Disadvantage: Since we’re best when we think before we speak, the rapid-fire volley of tough questions on some interviews can knock us off our feet.
Advantage: Our hidden weapons include all that reading and researching we’re inclined do in our quiet time. We’re on our game when we prepare and practice.

What are three self-promotion tips for introverts?

What advice do Bill Clinton and Warren Buffet give in your book? 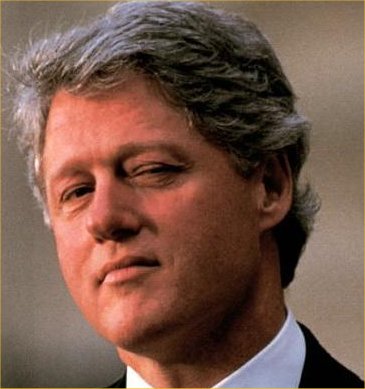 First, I was impressed that Bill Clinton really knew what an introvert was and he didn’t confuse introverts with shy people. Next, the advice he gave was to just throw yourself out there, like mud against a wall. He said that we should just get out there and make it happen—and keep at it. I understood that to mean that for introverts it’s particularly important to not only allocate our social time wisely, but also to be persistent. We also need to allow ourselves downtime to catch our breath — and then go for more!

Warren Buffett embraced my question about how introverts can raise their visibility in their careers. He said that the ability to communicate both in writing and orally is enormously important and that most schools won’t teach it because they consider it too simple. However, he said that if you can communicate well, it’s a big advantage.

Buffett said that he would get physically ill even thinking about public speaking when he was in high school and college. He relayed his story about how he signed up for a Dale Carnegie public speaking course when he was a student at Columbia and he gave them a check for $100. Then he went back to his room and stopped payment. Some time later when he went back to Omaha, he signed up again and this time he took $100 in cash. He completed the course and subsequently taught investment courses at the University of Omaha. Through his mastery of investing and communicating his message, it’s no accident that he’s transformed himself into the Oracle of Omaha.

Can you name some of the “quiet gifts” that you mention in your book and why they are significant?

Many outstanding networkers are introverts. They listen carefully and form strong bonds with people. They follow through with useful information, ideas, and introductions. They make themselves invaluable with their expertise. And since they’re often adept at writing, they can write targeted résumés and cover letters as well as punchy and relevant e-mails, blog posts, and articles, which get circulated and the buzz spreads.

How does one promote themselves without bragging?

You could blab about how you hang out with Madonna, Rihanna, the Donald, and the Dalai Lama! (See the above video referencing them.) Or you could say something useful and relevant to your conversation partners. Ask them about the kinds of people they’re looking to connect with and offer them introductions.

That’s positioning yourself as a connector, which is something we can do well as introverts.

Promoting yourself doesn’t have to mean wasting your energy trying to impress people or talking at them about your wares. Instead, you can interact in a way that’s appealing, authentic, and consistently helpful.

When you do get to talking about your wares, just state the facts. Say what you can do that your conversation partners and stakeholders care about. And always look to be helpful rather trying to “sell” yourself. However, also keep in mind that there’s nothing wrong with spreading the word about what you do that others need. How else will they find out?

Nancy Ancowitz is the author of Self-Promotion for Introverts®: The Quiet Guide to Getting Ahead (McGraw-Hill) and a business communication coach specializing in career advancement and presentation skills. Her clients range from CEOs to emerging leaders in the business and creative worlds. She has spoken at New York University, Columbia University, the 92nd Street Y, and the Smithsonian Institution. Ancowitz is a blogger for Psychology Today, and she’s also appeared in CareerJournal.com, CNN.com, Monster.com, the New York Times, Newsday, WABC-TV Eyewitness News, Self, Woman’s Day, Marie Claire and Gotham magazines. Previously, Nancy managed marketing communications for a multibillion-dollar business as a vice president at JPMorgan Chase & Co. More at www.selfpromotionforintroverts.com.