Personal Branding Lessons From The Indy 500 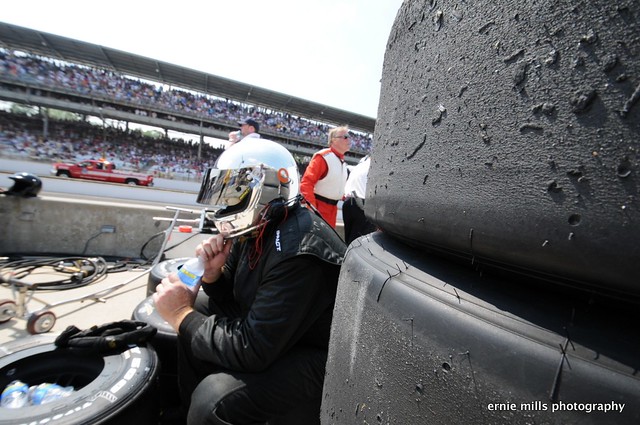 I just spent the day at the Indianapolis 500 as a media blogger (actually I spent a few days at the Indianapolis Motor Speedway this month) and was reminded of the hard lessons and life of an IndyCar driver. The winner of the race was Dan Wheldon, a British racer whose only race this year was this one.

Wheldon won the 2005 Indy 500, and has finished second in 2009 and 2010. Clearly the guy is a good driver, but he is racing for a team who only had enough money for one race. Now that they’ve won the biggest race of the year, there’s a chance some sponsors may come through with some more money (plus the winnings that will total over $5 million) that could put them in a few more rides.

After spending a few weeks talking to the drivers, as well as a couple of IndyLights drivers (the minor/development league for the IndyCar circuit), there are a few lessons anyone trying to improve their personal brand can learn.

Past success is no indicator of future security

Before today, Dan Wheldon had won a 500, and came within a couple seconds of winning two more. But the guy still couldn’t get a full-time, season-long ride even though he’s one of the best drivers on the circuit. While your past accomplishments may get you noticed by a possible employer, that doesn’t mean you’re guaranteed your next job.

Dan Wheldon raced with Bryan Herta, the owner of BHA Racing, when they were both teammates with Andretti Green Racing. When the time came to find a driver, Herta already knew what Wheldon could do and what his skill level was. Chris Brogan calls this knowing Agent Zero. Agent Zero is the decision maker, the person in power who can make the decisions about your future. That could be the person who books speakers, the person who hires freelancers, or the person who is well-connected within an industry.

The IndyCar drivers are athletes, pure and simple. The G-forces they pull when they’er going into these turns at 200+ miles an hour is tough, especially for 2.5 – 3 hours. So they work out constantly. Tomas Scheckter spends four hours a day in the gym. Justin Wilson said that when he was with Formula 1, he worked out twice a day. Tony Kanaan is a triathlete. They do this so they can succeed at what is actually a demanding sport. If they didn’t, they couldn’t maintain control of their car, which would mean a lot of crashes.

Your personal branding efforts are much like their daily workouts. You have to do it every day if you want it to pay off later. Spend every day on Twitter. Blog three times a week. Use LinkedIn to answer questions and participate in discussion groups. Then, when you need your network, they’ll be more willing to give you what you need.

Make sure you thank the people who helped you get there

The thing that always cracks me up about car racers is the way they work in the name of their sponsors. Danica talks about the GoDaddy car, Dan Wheldon talks about the WilliamRast car, and Justin Wilson talks about the crew working on the ZLine Design car. These guys talk about their sponsors and their crew so naturally that you don’t notice unless you pay attention to it. You need to publicly thank the people who helped you get to where you are. Whether it’s Twitter, LinkedIn, Facebook, or your blog, thank the people who helped you as publicly and permanently as you can.

The Indianapolis 500 is one of the most important sporting events in the world, and certainly one of the most exciting. The drivers who race work constantly to turn in their best performance during the race, even the ones who only race once a year. They network within their industry, they thank the people who helped them, and they prepare constantly. And when they do everything right, the results can be spectacular.