Home › People › Personal Brands: Have It Your Way

Personal Brands: Have It Your Way

I could tell you this story 6.8 billion different ways, which is just about how many of us there are on this planet. It’s the story behind why I didn’t write last week and why I didn’t have a barbeque on Labor Day. The same saga could have (and likely did) happen to others.

I’m going to tell you what happened to me in “my way.” Just like you must now be searching and refining “your way” to talk about what happens to you. 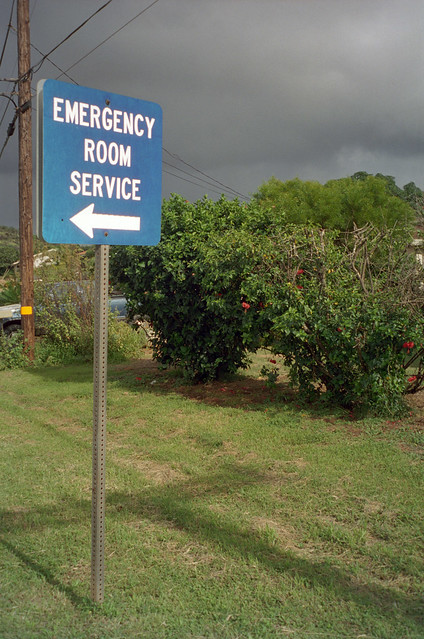 Communication is everything in personal branding. And, you’re probably going to talk about the same things that other people do – other people who want the same job, the same project, the same promotion or the same gig. When you have to compete with 6.8 billion people, believe me, there’s a lot of overlap of material.

When your personal brand is your authentic self, you are going to tell your stories in a coherent, remarkable, and recognizable voice. You are not going to sound like anyone else.

The best way to find your voice is by writing and speaking often enough, about things that are and are not your area of expertise. For a while you may “try on” others’ voices until slowly you hear your own. I tried on Calvin Trillin, Bill Maher, Jon Stewart, Robin Williams, Ricky Gervais, William Arruda, Chris Brogan, Peter Shankman and dozens of others until I finally heard my own voice.

Consider how you would tell my story if it happened to you. Here goes.

Over five long days, including the Labor Day “holiday,” my doctors stuck me in the hospital because I’d developed this massive gut infection. They’d actually watched it brewing for weeks until – inconveniently, it started to blow up on the Saturday when they’d all been planning their final summer barbeques.

It’s a weird week to be in hospital. Pretty much all the regulars are on vacay so the hospital is filled with moonlighters. It’s like a MASH unit with green recruits filling in for Hawkeye and company. Most of them looked like members of a grunge band, working for cash to fix their broken down VW bus.

My arms were purple and blue because the lab didn’t have staff to send up. Coming off the bench, the fill-ins were averaging 3 sticks for every one that actually drew the blood needed to see just how badly things were going, several times a day.

So, rather than just dig in and get out the offending organ (and spoil the weekend), the floating docs tossed me around for “tests.” Several were piloted by technicians who’d never even seen the MRIs or ultrasounds until they had me in or under them.

I was in one MRI for about an hour, with the tech yelling, “Fill ‘er up” (take in a big breath to fill my belly), followed by “Let ‘er go,” (push the air out). There was a lot of banging. Turns out no one there knew how to read whatever film was actually produced.

So, five minutes after exiting that tube, I was wheeled to an older one that stood in a doublewide trailer parked in the lot next door. This tech was completely silent with her ear buds in, and her iPod tunes helping her stay awake.

What I gleaned (not learned, since no one told me what was going on or going wrong) was that the growing infection clouded the field – meaning by now surgeons were reluctant to operate because they’d have really poor visibility.

Intravenous lines ran and ran out. Drips were hung and went dry. Finally, despite the delay game by the jv squad, it was time because there was no more time.

The procedure took about 45 minutes. Typically, it’s a Jiffy Lube type operation: in and out of a surgery center in just a few hours. It took me five days, a zillion times the expense and a substantial amount of pain that I might wish on my worst enemy, depending on the crime committed.

Per Diem staff (day laborers who normally don’t work the hospital) watched me for a few days and sent me home on two medications that I’m allergic to – both stamped in bold on my medical records at that hospital, and on an easy to see red band that yells ALLERGY on my left wrist.

After being let out, I was back in the emergency room two days later with my immune system shut down, allowing small white palm trees to grow in my mouth. At first the ER doc said, “Too bad, it’s the only drugs you can take for this infection, so you cannot stop taking them.” I frowned, squashing one of the plants onto the roof on my mouth. He stepped out “to make a phone call.” and returned to tell me to “Just stop taking them.” I got a banana flavored liquid to swill in my mouth and a bottle of Benadryl, apparently worth $120 since that’s what the ER visit cost.

As I left, he shook my hand and said, “Sorry for the confusion. I’m actually an allergist. But, I’m just moonlighting here.”

Okay, over a half million people had their gall bladders removed in the US this year. So, the next story could be yours. Personal brand: how would you tell the story your way?

Listen to a friend. Watch a TV show. Read a blog post. Every time you can, ask yourself: How would I tell this story?

Nance Rosen is the author of Speak Up! & Succeed. She speaks to business audiences around the world and is a resource for press, including print, broadcast and online journalists and bloggers covering social media and careers. Read more at NanceRosenBlog. Twitter name: nancerosen.