“Saying something stupid on Twitter is like making embarrassing remarks when your microphone’s still on – you only do it once.” Emma John

If you follow any major sport, you know of at least one incident of a player using Twitter to say something he shouldn’t have, feeling the horrible consequences, and often closing their Twitter account with their tail between their legs.

Hockey? Phoenix Coyotes’ Paul Bissonnette tweeted a disparaging remark about a Russian player – using the word ‘communist’ – and his very popular account was removed less than an hour later(!). 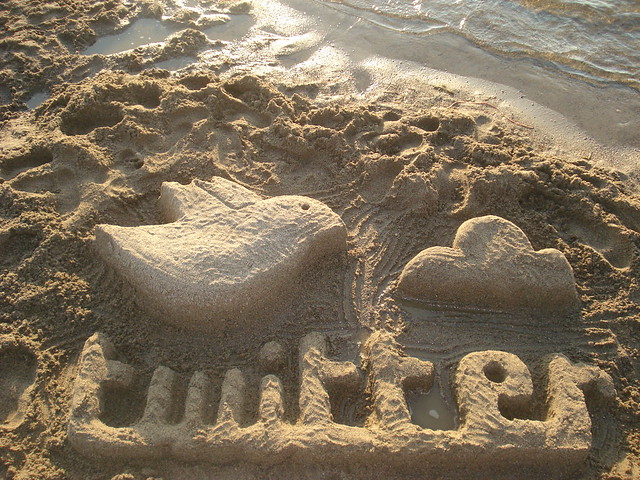 Baseball? San Francisco Giants’ Brian Wilson tweeted about ‘overaggressive males’ while out clubbing in Arizona. A bit whiny, but not too bad. Nevertheless, the reactions were so strong that @BrianWilson38 has left Twitter.

Basketball? Minnesota Timberwolves’ Kevin Love tweeted that his coach had been fired before it was officially announced (0uch!). He was lucky; his team’s reaction was only to create some rules for his tweets.

Football? Cincinnati Bengals’ Chad Ochocinco was not so lucky. He was fined “$25,000 by the NFL for tweeting within 90 minutes before a game“, a rule that was created to prevent players’ tweets from becoming a distraction.

What is it with these sports stars and Twitter? Why all the horror stories?

The rules of the game

With that in mind, here are my rules for sports stars to do right on Twitter:

Accidentally sending an incriminating direct message as a public tweet has different consequences when you have tens of thousands of followers, and many more fans beyond those. So take the little bit of time necessary to get comfortable with Twitter on your computer and/or your smartphone.

Your agent is your salesman. If you might do anything that impacts your value (positively or negatively) in the eyes of your boss and future bosses, your agent needs to know, at the very least so they can advise you how to increase your results or minimize the damage. Also, if being on Twitter is very important to you, your agent can negotiate it into your contract.

If your coach or anyone else in management is going to have a problem with your tweets, you’ll want to know asap, or else your agent might be called in. They might just have a policy you need to follow, since many teams really do think players’ tweeting is a good thing, within reason.

“You won’t see us banning our players from doing that sort of stuff… It is your job as international players to promote the game and be the best you can for the game. If we can use social networks, if that brings people closer to the game, brings people through the gates to play, then that’s what it is all about.”” Ricky Ponting

4) Know what the league rules are for using Twitter

And then follow those rules. Your pay may be so high that a $25,000 fine means nothing, but being a rich player tweeting about money is guaranteed to make your life worse.

5) Do not tweet about anyone else on your team…

…unless they are also on Twitter and can respond. Otherwise- not about your coach, not your teammates, no one in the organization.

This is one time where focusing on yourself and what’s happening in your playing career is really what interests people the most. If you want to ruin your reputation with careless tweets, that’s your choice. Don’t drag anyone else in with you.