What Angry Birds can Teach you About Getting Hired

Part 3 (how to become MORE than just the ‘red bird’)

Editor’s Note: This is the third in a series of blogs where author of the best-selling “Headhunter” Hiring Secrets: The Rules of the Hiring Game Have Changed . . . Forever! and professional “headhunter” Skip Freeman draws an analogy between “Angry Birds,” the wildly popular online game, and another, far more important game—the hiring game. Previous blogs in this series are: The Pig’s Lair (Part I) and Are YOU the ‘Red Bird’? (Part II). 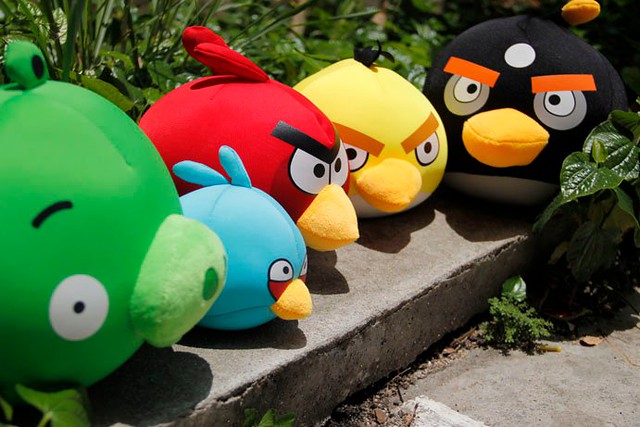 As a quick review: We are on level 1 . . . the game starts . . . and the first bevy of birds is set to go—three bouncing, flipping red birds. We pull back the sling shot, let a red bird fly, sit back and watch what happens. The bird (job seeker) sails through the air, the screen moves from left to right, the lair (company) comes into view, the bird (job seeker) hits somewhere and “hopefully” we achieve a breakthrough by knocking down some of the barriers surrounding the lair (company), enabling us to find a way in and get to the pigs (influencers and decision makers).

(By the way, we are NOT suggesting that influencers and hiring managers are pigs! This is simply an analogy of the game.)

So, what do most people do when they first decide to look for a new job? They “load” themselves into the “sling shot,” become a “red bird” and “fire” themselves off willy-nilly at a company after finding some posting online, sending in their résumé and hoping they will achieve a breakthrough by getting an interview with the company.

For the first nine levels of the game the only bird you encounter is the red bird and it has rather limited capabilities: It can fly through the air, hit a barrier and, depending upon where and how it hits, it may or may not break through the barrier(s) and enter the lair (company).

I see day-in and day-out people with exceptional capabilities simply positioning themselves as the common red bird with limited abilities, which ensures they will limit their abilities to knock down the barriers and break into the company.

Let’s start with your basic branding document in a job search—your résumé.

Hiring is not the business

U.S. companies are currently sitting on $1.9 trillion in cash, the most since 1959. We constantly hear politicians and the news media clamoring for companies to use the money to create jobs. That’s not why they exist. In a capitalistic economy, companies are not instruments of social justice. They are businesses. And, whether you (or I) think that is “right” is totally beside the point. What must be accepted is this: It is one of the rules of the hiring game and a job seeker ignores it at their own peril.

What this means is that there are only two reasons you will get hired. You must show a company that you can:

Our executive search firm, The HTW (Hire to Win) Group, receives approximately 200 resume a day. Over 90% fail to address how the individual can “make a company money or save a company money.”

Let me provide two examples from just this past week:

This first example is from a professional who sent in his resume for a National Accounts Manager’s position we are recruiting for that has a base salary of $100K to $120K:

This person tells us what they did, but what he failed to tell us is HOW he did it! What was the end result of his actions? What are the pertinent “numbers”? What percentages of increase do his actions represent? What are the dollar amounts involved?

This person has been excluded from further consideration for the position. (See “How Do You Get Hired? First, Don’t Lose!“)

Here is the other example. This is from a person who has a B.S. degree in Electrical Engineering and is interested in an opportunity for an Instrumentation and Controls position with one of our client companies. The base pay for this position is $80K.

Again, how much did this person’s efforts and methods increase production rates? What impact did they have on quality assurance of the systems produced? Did their troubleshooting save the company (or the end user) money or prevent lost productivity?

As a job seeker, it is critical that you brand yourself with quantifiable accomplishments and achievements that are translatable into pertinent DOLLARS, PERCENTAGE and NUMBERS! (And, coincidentally, every communication—résumé, cover letters, direct mail letters, LinkedIn InMails, etc.—should contain these quantifiable measurements.

The moral of this blog? You MUST become MORE than just the “Red Bird”!