Home › Career Development › Why Numbers Are Important For Personal Branding

Why Numbers Are Important For Personal Branding

I would consider myself an ambassador for the “numbers game” on social networks. Authorities like Seth Godin object to going after numbers, while people such as Guy Kawasaki think that it’s all about numbers (especially on Twitter).  I’m split in the middle right now, but I want to take time today to explain why numbers are so important, despite the controversy.  In fact, I strongly believe that a lot of “influencers” are telling you not to go for numbers because, in fact, they are going for numbers themselves.   In this way, they have more leverage than you do. 🙁

To me, the lust for numbers dates back to high school. I wouldn’t consider myself popular in high school, yet I had a strong base of friends in middle school.  During my last year of middle school, my city created a brand new school and divided our class, leaving my friendships split between both schools, which in effect damaged them.  Then, in high school, I was lost and didn’t have much self-esteem.  Everyone was trying to get into the “popular group,” and I didn’t think I fit in.  It was all about having a lot of friends, so you had enough social proof to go to select parties, etc.  If you weren’t popular, you weren’t included.  If you’re reading this, you probably fell into one of these categories.

Our society is obsessed with numbers. Numbers are standard metrics for measurements of popularity.  One example was when Aston Kutcher raced CNN to a million followers on Twitter.  Another one was when CNN brough Gary Vaynerchuk in to be on TV, and they promoted him as having a few hundred thousand followers on Twitter.  A lot of people are talking about how Vin Diesel has millions of Facebook fans.  Are you seeing the trend here?

Numbers matter in these situations

Numbers add up on FriendFeed

In my opinion, FriendFeed (a social aggregation and sharing service)  just changed the numbers game forever. I believe that the Feedburner.com number for blog owners is the key to everything.  It’s more important than your Twitter following, your LinkedIn contacts and your Facebook friends.  The reason is simply because it measures the stickyness of your brand and the reader loyalty.  If you have thousands of readers, then more people will subscribe and you will be able to get more perks as a blogger and money from advertisers.

FriendFeed just announced that the number of friends you have count towards this Feedburner.com number. This is a major deal!  Basically, what this does is build your perception/brand as a blogger, as long as you invest time in developing your FriendFeed follower base.  For instance, Louis Gray, who had almost 10,000 followers on FriendFeed, now has over 14,000 blog subscribers.  In effect, this helps build Louis’s brand and anyone else who invested their time in FriendFeed.  If you aren’t on FriendFeed, then claim FriendFeed.com/yourname right now and start participating.

On another note, if Louis or someone else on FriendFeed were to add your blog feed URL to their account, your numbers would increase as well.  For corporate accounts, such as FriendFeed.com/EMCCorp, all corporate bloggers will gain this benefit (Disclaimer: I work at EMC).

The downfall of a number-driven world

The problem with the numbers game is that having a large number doesn’t mean that people are engaged. Since both Twitter and FriendFeed call for “information dumping,” your tweets and messages on FriendFeed aren’t always read (hat tip to @stu).  When it comes to blogs, there is a good chance one of your readers will read your entire post, when they might not have even seen it on FriendFeed.

Therefore, FriendFeed subscribers aren’t as valuable as blog or email subscribers, yet they carry the same number weight.

The truth about how to get numbers 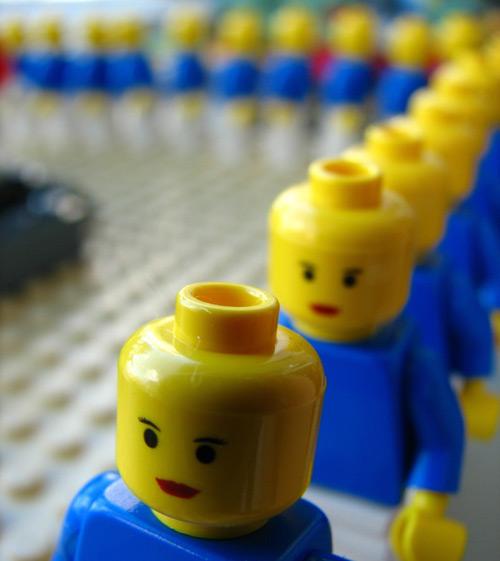 So now you’re wondering how you can build up your subscriber base so that you too can be successful.  Here are some strategies that I’ve been using: