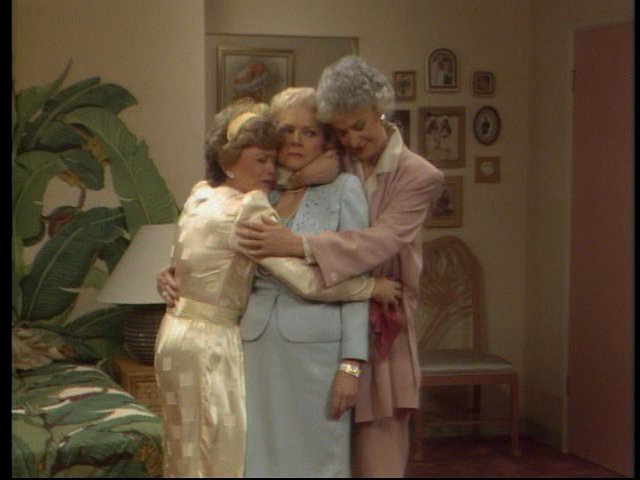 Picture it. Sicily, 1942. If you’ve ever seen “The Golden Girls” a flashback of Estelle Getty as Sophia telling her famous stories likely just ran through your head. She was a great storyteller as are many of my six aunts. Just last week, while mourning the loss of my dear Uncle Joe, my Aunt Joan told me that brewing two tea bags, draining them and then letting them sit on my eyes for 2-3 minutes would remove the swelling from the past three days of crying. It worked like a charm.

Successful job seekers check their ego at the door, as one of my college professors put it. They seek out those who have had success landing jobs in this uber competitive market, in their industry and in their profession. There’s a lack of arrogance, which allows a successful job seeker to approach career industry professionals (e.g. career coaches, resume writers, interview coaches) to seek out the resources they need to land a new position – faster and easier than others.

If this were a game of real estate it would be all about location, location, location. This, however, is a game of job hunting and it’s about networking, networking, networking. In over 10 years of coaching professionals in career transition, this has remained a constant. According to ABC News, 80% of today’s jobs are landed through networking. If you network, and reach for a goal of three in-person meetings per week, that forward your search and have mutual benefit, you will be a successful job seeker. Understanding the purpose of networking is as important as doing the activity.

The opposite effect, focused results and success in your search, is created by developing a strategic plan and following it closely. As Franklin Covey wisely said, “Begin with the end in mind.” It also does wonders to keep you motivated as you’ll be able to see marked progress each week and month working with your plan in place.

Adriana Llames is a veteran career coach and acclaimed author of Career Sudoku: 9 Ways to Win the Job Search Game. She is creator of “HR In-A-Box,” a Human Resources software product helping small businesses across America and a professional keynote speaker motivating and inspiring audiences with her focused programs on “9 Ways to Win the Job Search Game”, “Confessions of a Career Coach” and “Nice Girls End Up on Welfare."