If you ask most anyone in serious networking circles what the Golden Rule of Networking is, they we reflectively respond, “Give First, Get Second.” While there is lots of truth in that answer, it is not the complete answer. It can’t be, as there is much more to successful networking than just giving.

Networking is about developing relationships with other people and then (while contributing to the lives of others) parlaying those relationships into things that benefit you …referrals … information … other contacts. 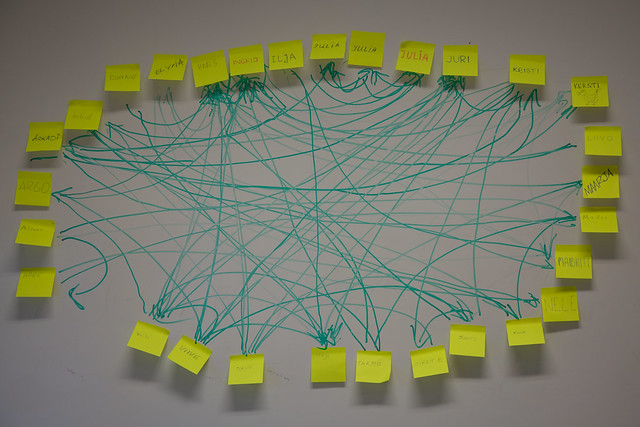 In very simple terms, you need to become the person you want to network with. This is the NEW Golden Rule of Networking.

Become the person you want to network with.

If you really think about it and work to uncover the answers to these three questions, then you have found out exactly why you want to network with other people.

What do we want to KNOW about others?

What do we want to KNOW about others? For example, you cannot help but be impressed by the doers of the world, as those that go the extra mile for company, community or country always seem to have a following. Why not become one?

What other qualities in people do you admire? Sense of humor? Optimism? Courage? Endeavor to take those on. Become the person you want to network with.

What makes us LIKE others? As with most people, you cannot help but like people who like you and as such you want to be around people who seem to take a liking to everyone. With that little nugget, you should find a reason to like everyone and do all you can to express it as genuinely as possible.

What other characteristics in people do you find attractive? Compassion? Thoughtfulness? Generosity? You should seek to adopt those mindsets. Become the person you want to network with.

What builds our TRUST in others?

What builds our TRUST in others? Admit it, you have a natural trust for the person who does what they say they are going to do. With that, you should become the person upon which others can rely.

What traits in other people make them trustworthy in your eyes? Conscientious? Honest? Open-Minded? You should try to mimic these behaviors. Become the person you want to network with.

Yes, giving to the world around you quietly inspires others to give that generosity back. If, however, you endeavor to mirror the characteristics, attitudes and habits of those you aspire to network with, legions of others will strive to network with you – giving you much more in the end.