Home › management › Is Selling an Art or a Science?

Is Selling an Art or a Science?

Poor old “Luke” is being paraded around like a show pony and asked to train most of the new people but he is unable to actually articulate what makes him so successful.

A day in the life 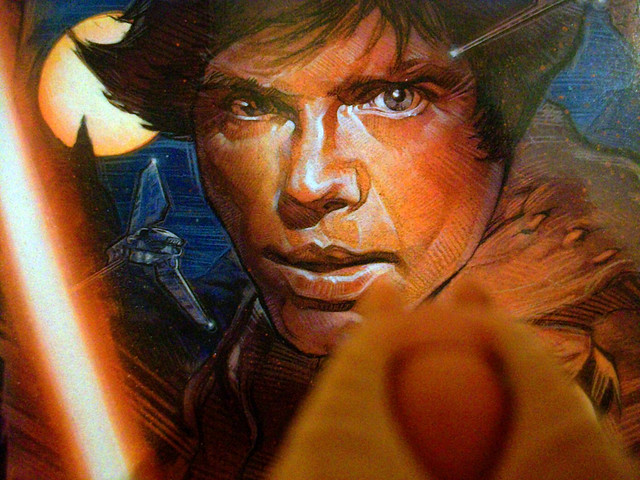 If you spend a day with a highly accomplished sales person then you are probably going to hear that one of their primary drivers for success is cultivating relationships and closing deals.  It is a rather obvious point but there is certainly more to this story. You will hear them refer to their customers by such names as “Champion,” “Race Horse,” “My Boy,” “Big Dog” and a host of other terms of endearment.

They will tell you that they possess the unique ability to build solid relationships very quickly.  It gets real interesting when you then ask them how they are able to do so when so many others cannot to the same degree.

The typical response is something like “I just do what comes natural” or “it is hard to explain but I just see things differently” or “I have the rare gift of connecting with my customers” or “my customers just know that they are in good hands with me.”   You walk away feeling like you just had a close encounter with Haley Joel Osment from the Sixth Sense ( “I see dead people”) or maybe “Luke Skywalker” and being that you are a mere mortal, the “force” and the super natural are beyond your comprehension.

May the force be with you

Do you have a “Luke Skywalker” in your company?  You may not yet but let this be your warning. I found this phenomenon to be of particular interest because this is often the very same person that is used as the gold standard for “what good looks like” in a sales force.   ”Houston, we have a problem…“

This is where the story gets really interesting.  Poor old “Luke” is being paraded around like a show pony and asked to speak too many of the new people but he is unable to actually articulate what makes him so successful.  Since repetition is the mother of all learning, maybe we can just have the trainees spend the next six months with “Luke” to learn his moves.  It worked for Daniel-san in the Karate Kid (“Wax on, wax off”) and just maybe Mr. Miyagi is looking for a job as a corporate trainer.

On second thought, that probably won’t work either.  Instead, we settle for 3-5 days whereby the trainees watch “Luke” perform his magic show hoping to bottle it up and take “it” home upon the completion of their time together.  It begs the question, “Is selling an art or science?“ I would argue both and in the meantime you may want to consider giving “Luke” some science classes. Good selling must be organizational capability rather than just a few super-human sales aficionados.  It is awfully difficult to build a brand otherwise.

Devin Hughes is a former college basketball player, sales and marketing aficionado, keynote speaker, part-time academic and frequent eclectic thinker.  He draws on a variety of ideas, disciplines and trends to inspire “Big Thoughts” and facilitate conversations.  He is best known for his expertise in selling best practices, sales strategy, sales training, leadership development and sales coaching.  He is an avid storyteller who has the unique ability to connect with audiences by inspiring them to be the change they wish to see in the world.  A graduate of Colgate University, he lives Carlsbad, CA with his wife and four daughters.  You may contact him via e-mail at devin@devinchughes.com. Follow him on Twitter.  His website is: http://www.devinchughes.com/ He is also a featured blogger on http://www.upstartnation.biz.  He is available upon request for consultation.