Home › Interview › The 3D Celebrity: An Interview with Xavier Tournaud

The 3D Celebrity: An Interview with Xavier Tournaud

Posted on September 2, 2011 by Bill Connolly

Recently, I had the pleasure of speaking with Xavier Tournaud. Tournaud is an actor, model, and businessman with credits in television (i.e. Desire, Lifetime’s Final Justice with Erin Brokovich, Fox’s Married by America) as well as in film (i.e. Couple’s Retreat, Living the Dream, Just Not Married Yet). He was also cast in a national Hugo Boss commercial. Most recently, Tournaud started his own media company, Finish Line 3D Media, which specializes in producing 3 Dimensional promotional videos for major brands. We talked about the primary influences that have led him to this point in his career, and how he has used branding to help build his company.

1. How did you get your start in the world of entertainment?

Well I was born in France, and at the age of 21 my father passed away from brain cancer. The reason I say that isn’t for sympathy, but it really shaped my life in a major way. My dad had a company in the South of France. As a kid growing up I thought, I’m going to work for my dad; this company has my name on it. When he passed, I asked myself, what am I going to do now? That’s why I came to the US; I kind of wanted to start from scratch. I think looking back I made a good decision, it allowed me to move on. So I went to Northeastern University in Boston, MA and studied Marketing. After that I worked in the software sales business for seven or eight years. Then September 11th happened which made me realize I needed to really truthfully look deep down into my soul and do something that would make me happy. That’s why I moved to LA and became a model and an actor and all of that. I wanted a more enjoyable life.

2. What made you want to leave the corporate world? What did you find different about modeling, acting, etc.?

Eventually while working in the corporate world, and with what happened to my dad, I realized that I didn’t want that life anymore. I saw some of the people I worked with in Boston, people working for the same company for 25-30 years and becoming robots. The same thing Monday through Friday. Everyone would come in on Monday and have the “How was your weekend?” “Good, how was your weekend?” conversation. It became very repetitive to me, and it really bothered me.

3. When did you get your big break? 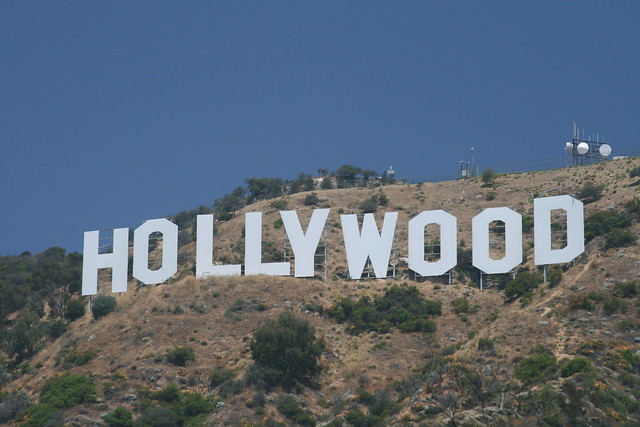 Well I came to LA and was lucky enough to get cast on a TV show called “Desire.” I was on 65 episodes, now all of a sudden I’m shooting every day in San Diego and it was fantastic experience. It really gave me a behind the scenes look at how TV and movies worked, and I liked it. From there, I did a few smaller films and finally was lucky to be cast in “Couple’s Retreat” starring Vince Vaughn and Jon Favreau. It was interesting because now I’m on the set of a $75 million film, hanging out with big time actors, spending basically a month in Bora Bora. And to all of the outsiders, everyone was saying “Man you’re the luckiest bastard in the world.” And I felt very much that way, but at the same time for me it wasn’t enough because I had a small scene, and I wanted to work. I wanted to test out my acting chops and improv scenes like the big actors, but I couldn’t. As amazing as the experience was, it was also a big tease. So I came back from the trip feeling very happy but at the same time scratching my head thinking “I need to find a way to do what I want to do.”

4. Let’s talk about your company, what is the focus?

Recently, I started a company called Finish Line 3D Media, and it encompasses all of my strengths as an individual. As you can tell by the name, the company focuses on putting together 3D videos and short dramas for specific causes or brands. The first one were doing is centered on Tennis, and were in the process of finalizing a partnership with Panasonic. We’re very lucky to be working with a kid named Bryce Pereira, who is an amazing tennis player sponsored by Wilson. I got the idea for this project because I’m such a huge tennis fan. And you know, tennis has such a large amount of branding involved for a given tournament, 65 countries represented, millions of fans around the world. I’m from Europe, I studied international business, and I love tennis. It just seemed like a perfect fit.

5. How did you use your brand to get the right people/brands involved with your company?

I’m building this company entirely using branding. I’ve been trying over the last 6-7 years I’ve been in LA to meet the right people and to build connections. So I decided to go around town and talk to some of those people I knew who were in high places and ask them what they thought of my idea. It’s a trick I actually stole from someone I worked with in the software industry. He would go around and ask potential customers, “Hey, I’m developing this new software, do you think you would buy it?” I thought it was very clever and so I sort of used the same philosophy here. I asked people what they thought of a branded 3D video and the response was very positive. Of course, then I’m moving a thousand miles a minute to get the company set up because I was afraid someone would steal the idea. For Panasonic, it was pretty funny actually. I kept driving by the Panasonic 3D Laboratory in Studio City. One day, I just walked up and literally knocked on the front door. I asked to speak to the person in charge and told them about my idea. Now, here we are about to sign a deal with them to use their equipment as well as to have people help produce the videos. And I knew that Wilson sponsored the kid we are working with, so I approached them next. Now I have the US Tennis Association, Wilson, and a few other partners on board, just by leveraging those first relationships.

7. What do you hope to accomplish with this first video?

Well, I’m so excited to have all of these awesome companies involved with this project, but all of them are now waiting for me to perform and see what I will do on the first video. So the first video is extremely important for me, I need to produce a fantastic product. My only investor is myself, and my family has helped, but I’m trying to shy away from investors. I want the brands I work with to be my investors, and I need to make sure that I develop a strong product for them. The relationship with these brands is not a one night stand, it’s a lasting one, and I want to make sure that they are happy with what I do so they will continue to support me.

8. What made you focus on 3D Video Development?

I see 3D as the way of the future, and I even think it’s going to go far beyond 3D very quickly. One thing I’ve learned in business is that when you spread yourself too thin it’s tough. I’ve noticed the most successful people are the ones who specialize. It’s something that I have tried to do in the last few years. And 3D is all about the experience. Having a strong 3D experience is very powerful. If you are watching Spiderman 3D, which looks awesome by the way, and you see Spiderman drinking a Coke, it’s like YOU are drinking the Coke. From an advertising perspective, it’s much more powerful as well.

9. What would you say to those who think 3D is just a fad?

I would disagree. Obviously, what drives the 3D world is technology, but it’s really about content. Just like anything else, it’s about content, and I hope to develop fun, sexy, quality 3D dramas for the brands I work with. That’s why when people say to me, “That was a bad movie because it was in 3D,” I say, “No, that was just a bad movie.” It’s not enough to just have dragons jumping out of the screen now; I think viewers are beyond that. People are more trained to watch 3D now, so you have to have a solid story and solid characters to support the technology.

10. Why is the name of your company Finish Line 3D Media, what is the significance?

This whole thing really started when I watched the most recent Olympics, seeing the people cross the finish line victorious in a race, I wanted to experience that feeling, and I wanted a victory lap. To be able to say I can create something that is mine. It’s what drives me now. And I’m calling this first project “Tiebreaker 3D,” because I’m trying to turn “Tiebreaker,” into a symbol… like ‘this guy’s a tiebreaker.’ In tennis terms, it means you’re fighting for every point. You could battle for 5 hours, but then it comes down to just a few points. So being a tiebreaker is kind of like, how do you go about life, how do you fight for every step you make. It’s about a lifestyle. Even at a job you don’t like, what can you do to make it better? Whatever it is, you can move yourself in the right direction, to achieve what you want to. People who are willing to analyze what they do and what they’ve done, and change themselves, are the people who are extremely successful. And I mean successful in that they are happy and have the means to do what they want to do. And that’s what I’m striving for. I’m taking back my freedom.

Xavier’s company is set to release its first video later this year. Be sure to look out for him whether he is acting, modeling, or developing new 3D content for one of your favorite brands!

Bill Connolly is the Sales Director for Millennial Branding and a media branding expert.

Bill Connolly is a marketing/branding expert, career adviser, and professional improv comedian. Bill is also the author of the book, “Funny Business: Build Your Soft Skills Through Comedy” (July 2013), and host of a radio show by the same name on the UR Business Network. He is an actor at Boston's Improv Asylum, and performs regularly with the group What Up D'oh. Bill resides in New York City. For more insight, visit his website, TheBillConnolly.com, or follow him on Twitter: @billconnolly.