Home › Brand Yourself As › Leverage Everything

Posted on July 29, 2011 by Patrick Schwerdtfeger

Two weeks ago, I spoke at another event for Bloomberg TV, in conjunction with Brighthouse Networks in Detroit, Michigan. Bloomberg is my #1 client as a professional speaker. Before the event, I did a short TV interview with WDIV, the local NBC affiliate. That was the first television interview I have done as an author and speaker. But now, I can leverage that clip when approaching other media outlets.

Get mileage from your resources 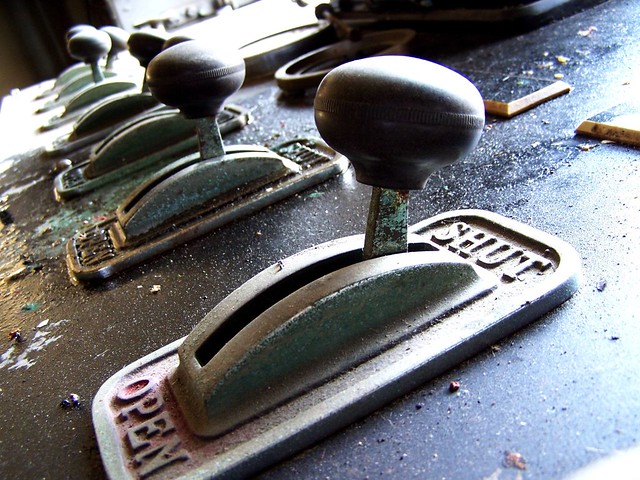 The first is always the hardest. Regardless what we’re talking about, the first victory always requires the most effort. You’re unproven the first time around. That increases the risk quotient. But once you’ve done it a few times, the risk comes down dramatically. You’ve demonstrated your ability to perform and that makes the second, third and fourth opportunities much easier to get.

In September, 2007, I submitted a proposal to speak at the Internet Marketing Conference (IMC) in Stockholm, Sweden. Much to my surprise at that time, they selected my submission and I flew to Stockholm in November of that year. Later, I found out that my residency near America’s “Silicon Valley” was a significant consideration when selecting me over other European alternatives. And then, when I flew back, I got more respect here at home because I had spoken professionally in Sweden.

The point is that I (unknowingly) leveraged my status as an American from Silicon Valley to secure the engagement, and then leveraged the engagement when I got back home. I learned quickly that international conferences were a “low hanging fruit” for me and provided amazing leverage at the same time. As such, much of my outbound marketing points to international organizations and the results have accelerated my career right here in the United States.

What’s the lowest hanging fruit for you? Where do you have leverage? Make a list of all your “assets” – all the areas where you have a competitive advantage. Get creative. I never would’ve guessed that my location was an asset but it was, not here but in Sweden. Open up your mind and think about every possible competitive advantage you have. Then write a second list of all the prospects you could approach with your unique suite of assets – your Unique Selling Proposition.

Don’t shoot for the top option, not at first. Instead, identify the lowest hanging fruit – the easiest targets – and start there. The first one is always the hardest. Once you’ve secured that first contract, each additional one will be a bit easier, but only if you leverage those earlier victories. Find a way to add permanence to that experience. Take a picture. Get a video. Whatever it is, make sure it’s available for all to see. I call that “crystallizing the gain.”

Yesterday, I started accumulating the logos of all the different corporations I have spoken for. I compiled them into a single graphic and added it to my website. I then did the same thing for all the different media outlets that have covered my activities over the years. Why this has taken me so long to do, is beyond me. But now it’s finally done, and it looks awesome! It’s impressive, even to me. Of course, I knew about all these accomplishments along the way, but seeing them all together on my website really makes a statement.

Be an “over night” success

These are strategies we can all use. Every time you accomplish anything, think about how you can add that experience to your platform. Most people instinctively look for the single massive victory that propelled a business from obscurity to success, but that rarely happens in reality. Most “overnight successes” were actually an accumulation of thousands of tiny victories, each building on the others and eventually hitting the tipping point.

Find the lowest hanging fruit. Work like crazy to secure that first opportunity. Do whatever it takes. Give a huge discount if you have to. Just get it done. And then, leverage the heck out of it and start climbing that ladder. The victories will accumulate faster than you expect and your credibility will soar. It all adds up to an impressive personal brand that nobody can ever take away!

Patrick Schwerdtfeger is the author of Marketing Shortcuts for the Self-Employed (2011, Wiley) and a regular speaker for Bloomberg TV. He has spoken about modern entrepreneurship and the social media revolution at conferences and conventions around the world.