Today, I spoke with Donna Fenn, who is a contributing editor at Inc. Magazine and author of an upcoming book called Upstarts! Since the book isn’t coming out till August, I figured I would get the first book interview before everyone else starts harassing her.  In this interview, Donna talks about Gen-Y entrepreneurship, how it’s different than previous generations, some of the Gen-Y entrepreneurs she highlighted in her book, challenges for Gen-Y’ers, some research from her book and more.

What is unique about this generation of entrepreneurs that’s different than previous generations?

I think this generation of entrepreneurs is fundamentally different from their older predecessors. The first characteristic everyone thinks of is their expertise with technology, and that’s very important, of course. But what’s interesting to me is that Gen-Y entrepreneurs aren’t just interested in technology for technology’s sake – they’re using it as a powerful competitive tool to communicate, to innovate, and to build collaborative tribes that ultimately help them grow and give them a competitive edge over their competitors.

They’re a highly collaborative generation (forget the “lone wolf entrepreneur” legend!), many of them have a social mission right at the start-up stage, and they’re very agile in that they react quickly to changes in the marketplace (all those video games paid off, I guess!). They’ve also got a knack for building companies in response to what they perceive as the unmet needs of their generation. That involves creating entirely new products (like Sam Altmans Loopt, the personal GPS application for your mobile device) or tweaking existing products to make them more GenY-friendly (such as Ignighter, an online dating company that connects groups of people rather than individuals).

Out of all the Gen-Y entrepreneurs you spoke to for your book, which one caught your eye and 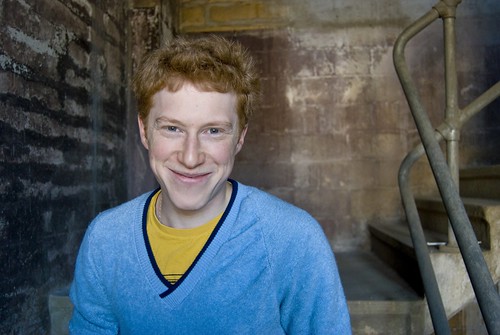 This is like asking a mother to choose her favorite child! There are over 60 of them in the book and they’re all there because I believe they’re terrific examples of our entrepreneurial future. That being said, I do love what Tom Szaky is doing at TerraCycle. He’s creating a whole new “upcycling” industry by partnering with large consumer goods companies and retailers to make products from reused packaging material that would end up in landfills. Rob Kalin at Etsy has enabled thousands of independent craft people to earn livable wages by selling their goods online. So I guess I have a special place in my heart for companies that I think are making the world a better place. It’s also very interesting for me to watch companies like this scale – to keep an eye on how they preserve their social missions and their corporate cultures as they get bigger.

What challenges do Gen-Y entrepreneurs encounter and why? I think fast growth is a challenge for many of them. They have great ideas and they understand technology, but do they understand how to build a company from the ground up? That’s not to say that they should follow a traditional corporate playbook – and I hope they don’t since that can be a disaster. Nonetheless, you need to know how to hire (and fire!) staff, bring on professional managers (like a COO or a CFO), and understand the key numbers that make your business tick. I think the other looming issue for many GenY entrepreneurs involves business partners.

Many of these companies are started by college friends with common interests. That’s terrific and sometimes these companies are lucky enough to be able to move forward with the same team. But as companies grow, their needs change, and if the founders can’t accommodate the needs of the company, something has to give and typically someone has to step down. That can be very painful when friends are involved. So I always advise anyone starting a business with a partner to have a strong partnership agreement in writing and to openly discuss what will happen if someone leaves the company.

From your research, what separates a Gen-Y entrepreneur from a Gen-Y employee?

I think we’ve all heard a lot about the challenges of employing Gen-Y and I think that some of the issues are real and some are very much a result of breakdowns in (or lack of) communication. The big complaint I hear from employers is that Gen-Y feels “entitled” and I’m not really sure what that means. Entitled to raises, promotions, time off? We all want that, but I think the difference between Gen-Y and older employees is that they really want a set of guidelines and in the absence of a clear roadmap, they become impatient. What do I need to do to make more money, or to earn a more senior position? How will you evaluate me, teach me the skills I need to grow, give me feedback on my performance? Without those guidelines, employers leave their Gen-Y staff frustrated and adrift with a vague feeling that that should be able to advance, but without knowing how. So maybe that looks like “entitlement” to some people.

I think what separates an employee from an entrepreneur in Gen-Y is not so different from previous generations, although I really do believe that Gen-Y makes that leap more easily than their older counterparts. There’s typically a certain amount of impatience involved – a passionate belief that you can create something new or radically improve upon an existing process. I think Gen-Y entrepreneurs come to that conclusion a lot earlier than previous generations. That’s not so surprising.

They’re the first generation to grow up with entrepreneurial heroes (like Steve Jobs and Richard Branson, for instance); they’ve witnessed the de-glamorization of corporate America; and they’ve got vast resources available to them from their parents, their universities, many of which now have entrepreneurship programs, and older entrepreneurs who are willing to mentor them. And advances in technology have made it cheaper and more attractive to start a company than it’s ever been. So I think you’ll see a lot more Gen-Y employees transforming themselves into Gen-Y entrepreneurs!

How have you built the “Donna Fenn” brand name? How would you describe yourself?

Yikes! No one has ever asked me this question. Dan, when I was your age, no one talked about “the brand called you.” So if I’ve built a brand, I did it entirely by accident! I was lucky enough to stumble into a job as a researcher/reported at Inc. magazine back in 1983, when both the magazine and I were very young. I didn’t even know the difference between profit and revenue, but something very unexpected happened. I found myself becoming passionate about entrepreneurship and the incredible people we wrote about every month.

Those stories still make my heart beat a little faster. So I guess I’m a little like the Cal Ripken Jr. of entrepreneurship journalism. I love the game, I’ve been in it for a very long time, and I like to think I’ve earned a reputation as a valuable player who behaves with integrity. I’ve got 25 years of accumulated knowledge and I still try to learn something new every day. Who knows? I may make an entrepreneurial leap of my own one of these days!

——
Donna Fenn is the author of the upcoming book Upstarts! How GenY Entrepreneurs are Rocking the World of Business and 8 Ways You can Profit From Their Success, due out from McGraw-Hill in August. She is also a contributing editor at Inc. Magazine and the author of Alpha Dogs: How Your Small Business Can Become a Leader of the Pack (Collins 2005). A business journalist for more than 20 years, Fenn is also a community leader at Work.com, a featured expert on SBTV, a blogger on Inc.com, and an experienced keynote speaker. She was also a correspondent for The Associated Press in Riyadh, Saudi Arabia from 1988 – 1992. She now lives in Pelham, NY with her husband, two teenaged children, and three dogs.