Today, I spoke to Richard Sambrook, who is the Director of the BBC’s Global News division, responsible for leading the BBC’s international news services across radio, television and new media.  In this interview, Richard talks about the future of journalism, how the demographics of his blog readers compare to the BBC’s, international news, personal branding and social networks.

Where do you see the future of journalism? Will print disappear? What about the newsroom?

“The future of journalism seems set to be online and mobile.”

However I don’t believe print will entirely disappear, it will probably shrink and have to change to accommodate the rise of digital. Newsrooms will change to be able to work in a more networked way and to produce content across platforms. One of the key issues yet to be resolved is how in depth, long form journalism survives in the new ecology.

How do the demographics of your blog readers compare to those of BBC readers/viewers/subscribers?

Well my personal blog appeals to a tiny fragment of the BBC audience – I have about 1000 regular readers set against 18 million to the BBC’s international websites. My blog readers are those interested in the future of journalism and the transition to the digital world – a niche interest!

You’ve made references to Americans not being concerned enough with international news. Do you think that could change with the growing power of other countries like China?

I think the insularity of US media – though not all of the US public for sure – is a growing problem. We live in an interdependent and interconnected world and have a greater opportunity than ever to communicate globally. Certainly the web will change its character as the next billion people come online – their needs, expectations and language will be very different from the first billion. I hope that networked media will encourage Americans – and everyone else – to engage fully with the world and with each other.

Did you put much emphasis on building your personal brand to get you where you are today?

Not really. When I started 30 years ago there weren’t the opportunities to build a personal brand in the way there are today. My public self is defined largely by my job – but social media allows people – if they’re interested – to know a little more about me as a person which I think is a good thing.

How do you maintain your personal brand through social networking sites?

There is a tension between professional and personal interests. Even if you wish to maintain a personal profile, people will always try to engage on a professional level as well. So I am present on a number of social media sites (Twitter, FB, LinkedIn, Dopplr and others) some are more professional, some are more for personal friends, some reach an accommodation between the two! 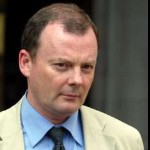 Richard Sambrook is the Director of the BBC’s Global News division, responsible for leading the BBC’s international news services across radio, television and new media. He is a member of the BBC’s Executive Direction Board and the BBC’s Journalism Board. Previously as Director of BBC News from 2001 to 2004, Richard led the world’s biggest broadcast news operation. Prior to that, from 1999 to 2001, he was Deputy Director of the News division. He also served as acting Director of Sport from April to October 2000 during the then Director-General Greg Dyke’s restructuring of the corporation. During his career in BBC News, Richard has worked as a producer and programme editor on the BBC’s national TV news programmes. Born in Canterbury on 24 April 1956, Richard was educated at Oakwood Grammar School in Maidstone, Kent, and then Reading University where he obtained a BA in English. He also completed an MSc in Politics at Birbeck College, London University.